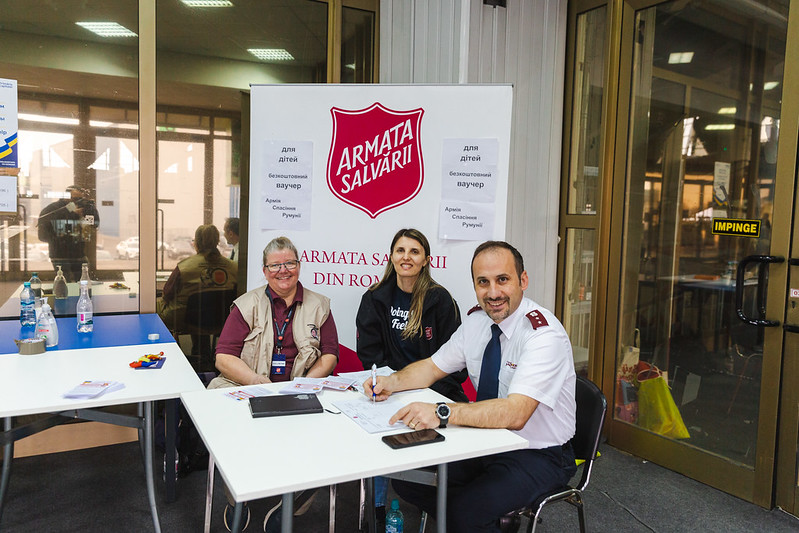 Major IRENE MATHISON is an officer in The Salvation Army’s Norway, Iceland and Færoes Territory. Currently, she is deployed as a member of the movement’s International Emergency Services team to Romexpo, a large conferencing and exhibition centre in the Romanian capital, Bucharest. This arena has become the city’s major refugee hub with 2,000 emergency beds and an array of support services, free food and clothing. The Salvation Army was the first non-governmental organisation to partner with the city authorities, and has taken a major role in assisting the hundreds of refugees that pass through each day. Major Irene spoke to David Giles about her experiences.

How did you train to become an International Emergency Services responder?

It covers almost everything that’s important in a big crisis – humanitarian, disaster, and wars like this. It’s about sheltering, nutrition, water, safety, and trafficking – everything it’s necessary to be aware of in different types of crises.

Tell us about your experience here in Romania.

Well, this is my first deployment and, like the rest of the world, we just watched the news. And I thought to myself ‘I have to do something’. So when I was called and asked if I wanted to be deployed this time, I was happy to be a part of it. I said ‘yes’, of course, I wanted to be part of it

The experience so far is that it is huge. It’s a huge crisis for people – an entire people on the move and afraid. Inside Ukraine, still. And we as The Salvation Army – we as human beings – have to be there and help. Just to see the children, to be aware of the mothers and their grandparents – and everybody. So I’m really pleased to be deployed this time.

This is a huge arena. We’ve been here for several days. It’s a lot of people coming in. But right now we are giving out [grocery] vouchers to the families … so that we can bridge the gap between what the city of Bucharest is providing and what they need. Our job is to see where those gaps are, and fill them. We are seeing the mothers, playing with the children.

The parents tell us about loneliness – they are afraid. Some feel they are without hope. Many don’t have a plan of what they are going to do. So we are also here to do the counselling part. It’s great just to be here and see the people.

You’ve developed a bit of a reputation here as Stuffed Animal Woman – tell us about the toys!

Ah, yes! I’m using stuffed animals – I also have a red nose which I can put on when the children (or the parents) are really sad. It’s always nice to get a smile from a child with a stuffed animal. It’s as much colour as possible with the animals, and if they make a sound – it’s perfect!

How important is that human connection in The Salvation Army’s response?

I think that’s of huge, huge importance. We also give out a lot of information about human trafficking. When people see the face of The Salvation Army [and] see that we are safe, we give them information about trafficking and a phone number. If they feel afraid or something, they can call the number and get help immediately. So that’s a huge, huge work that we are doing.

And on the international dimension, share with us the countries that are represented here.

How can the international Salvation Army, friends and supporters help?

I think already many people are donating. They have to continue to donate money! Not everyone can go, but they can donate – and contribute to places where refugees are coming. They can also pray. We need prayer. The Ukrainian people need prayer. Everyone who is working with the refugees needs prayer. So we need a lot of praying!

Can you share one refugee’s story that has really struck you?

Yes. Yesterday, a mother was here with her mother and a little child, so three generations. I just talked to her outside. She told me that she was so lonely. Other than those three people, she didn’t know anyone else. They are living alone in a flat and she felt so lonely. Just by talking to her, she felt so pleased and thankful that we gave her that time – just to listen, and to see the child. That was touching. I’m proud to be a part of this. 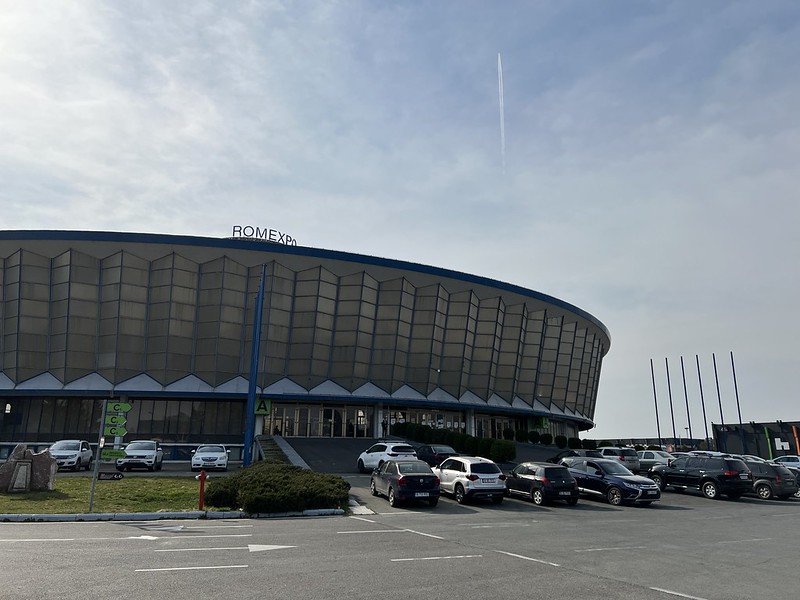